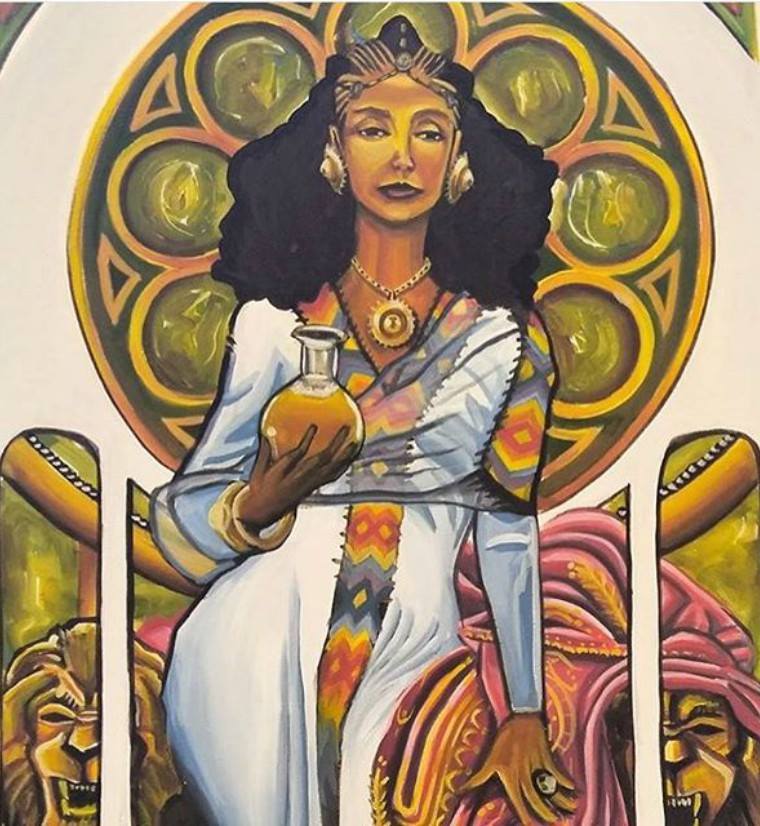 The earliest known Arabian temple was at Ma’rib, the capital of Sheba, and was called Mahram Bilqus, “precincts of the Queen of Sheba.” In Arab lore, this queen was named Bilqus or Balkis; in Ethiopia, Makeda (also Magda, Maqda and Makera), meaning “Greatness” or “Great One.” Others say Maqda is a short form of Magadhi, and that Magadhi was a long-gone tribal language in which there were sixty-three different ways to say each word. All that can be ascertained now is that it stands for the letter “M” —that’s what Maqda means. Years later, the historian Josephus, referred to her as Nikaulis, Queen of Ethiopia and Egypt.

Her mother was Queen Ismenie. Sheba was known to be beautiful, intelligent, understanding, resourceful, and adventurous. A gracious queen, she had a melodious voice and was an eloquent speaker. Excelling in public relations and international diplomacy, she was a also competent ruler. The historian Josephus said of her, “she was inquisitive into philosophy and on that and on other accounts also was to be admired.”