WE WERE HERE LONG BEFORE THE VATICAN. 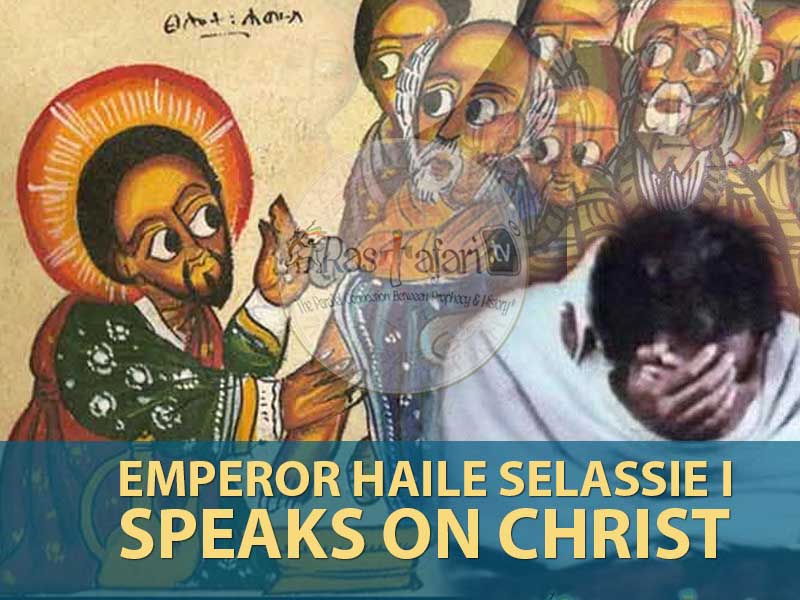 H.I.M. SPEAKS: “When Je-sus Christ (Iyesus Kristos/Yahshua Ha’Mashiach) was born from Virgin Mary, from that time on He lived an exemplary life, a life which men everywhere must emulate. This Life and the Faith that He taught Us assures Us of Salvation, assures Us also of Harmony and Good Life upon Earth. Because the Exemplary Character of the Life of Jesus Christ it is necessary that all men do their Maximum in their Human Efforts to see to it that they approximate as much as they can the Good Example that as been set by Him.

“It is quite true that there is no perfection in humanity. From time to time we make mistakes, we do commit sins but even as we do that, deep in Our hearts as Christains we know we have forgivness from the Almighty. He taught Us all who seek Him shall Find Him. To live in this Healthy Life, a Christain Life, is what makes Me follow Jesus Christ.”

For Christian people no day is as glorious and as joyous as the day on which they commemorate the Nativity of Our Savior Jesus Christ. On this day each one of Us tries to forget his worries and his anxieties and endeavours to alleviate those of his loved ones and friends, and to forgive those who have wronged Him, so as only to mediate on the life of Him who is Supreme Lord in All.

From Our early childhood We are struck by the sentiments of unfathomable mystery, simple and yet sublime, which stirs up in Us the evocation of the Birth of the Divine Child.

The Mystery of Bethlehem reveals itself in our spirits, more fascinating the more we advance on the path of life, and the more we realize the magnitude of the mission each one of us has to accomplish in this world, be it humble or noble, ardous or thankless.

An unheard of event, expected for more then forty centuries has at last been accomplished: the Son of God is born. He has only a stable for His palace and a manger for a cradle. The hearts of the wise are thrilled by this majestic humilty, and the kings of the Earth bend their knees before Him and worship Him.

‘Peace on Earth, goodwil to men,’ -this was His first message. In the same manner when He went to the summit of Calvery, there to expiate for our sins with the supreme sacrifice, He gave up His last breath invoking forgivness for His very tormentors: ‘Father forgive them, for they know not what they do.’

In pondering over the life, the goodness, humanity and sacrifice of the Savior of the World, in looking at the laws which He gave us, how much should we be ashamed to call ourselves Christian people, and yet not to follow His footsteps. Had we been Christain people, had we been worthy of the name, peace would have reigned on all the face of the Earth, and would have risen to the level of the immortal angels who always glorify the Eternal God, and the peoples of the world would no longer have remained divided into hostile camps.

In very truth there are no interest or reasons, however legitimate they may be, that can justify war.