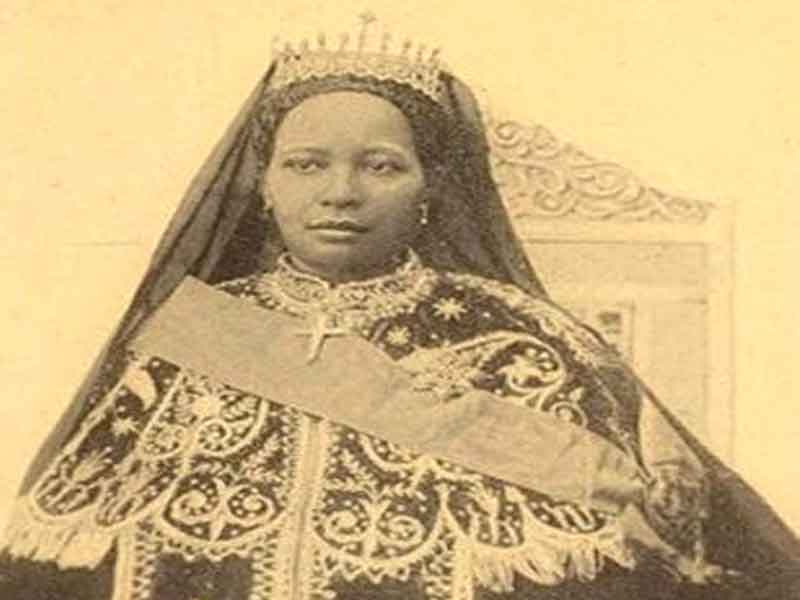 Zewditu was named Empress, Queen of Kings, chosen by God, and Lion of Judah, the first woman on the Imperial throne to sit in her own right, as the Queen of Sheba.  Her cousin Dejazmatch Tefferi Makonnen ( became H.I.M. Haile Selassie I) was proclaimed heir to the throne with the title of Ras at the same time.  When she was told that the nobility and the Church had decided that she had to sit on the throne of her father as Empress, she was completely stunned and unable to understand what they said. She is said to have asked “but if I Empress, what happens to my Lord Eyasu?” When she heard that her cousin had been excommunicated for apostasy and conversion to Islam, she burst into tears, and continued crying until her Shema (thin cotton shoulder wrap) was soaked with her tears.